The Spring Boot framework is one of the most popular Java-based microservice frameworks that helps developers quickly and easily deploy Java applications. With its focus on developer-friendly tools and configurations, Spring Boot accelerates the development process.

However, these development defaults can become dangerous in the hands of inexperienced developers. My write-up expands on the work of Michal Stepankin, who researched ways to exploit exposed actuators in Spring Boot 1.x and achieve RCE via deserialization. I provide an updated RCE method via Spring Boot 2.x's default HikariCP database connection pool and a common Java development database, the H2 Database Engine. I also created a sample Spring Boot application based on Spring Boot's default tutorial application to demonstrate the exploit.

Let's begin with the final payload:

The payload comprises of three different parts: the environment modification request to the /actuator/env endpoint, the CREATE ALIAS H2 SQL command, and of course the final OS command injection.

Spring Boot Actuators creates several HTTP endpoints that allows a developer to easily monitor and manage an application. As Stepankin notes, Starting with Spring version 1.5, all endpoints apart from '/health' and '/info' are considered sensitive and secured by default, but this security is often disabled by the application developers. For this exploit, the /actuator/env endpoint must be exposed. Developers only need to add management.endpoints.web.exposure.include=env (or worse, management.endpoints.web.exposure.include=*) to their application.properties configuration file to expose this.

The /actuator/env endpoint includes the GET and POST methods to retrieve and set the application's environment variables. The POST request uses the following format:

You can explore the list of environment variables for the application, which provide data about the execution context and system. However, only a few of these variables can be leveraged to change the app at runtime, and even fewer can be used to achieve code execution. Fortunately, Spring Boot 2.x uses the HikariCP database connection pool by default, which introduces one such variable.

HikariCP helps applications communicate with databases. According to its documentation, it accepts the connectionTestQuery configuration which defines the query that will be executed just before a connection is given to you from the pool to validate that the connection to the database is still alive. The matching Spring Boot environment variable is spring.datasource.hikari.connection-test-query. In short, whenever a new database connection is created, the value of spring.datasource.hikari.connection-test-query will be executed as an SQL query first. There are two ways to trigger a new database connection – either by restarting the app with a request to POST /actuator/restart or changing the number of database connections and initializing it by making multiple requests to the application.

This is already pretty serious – you can run arbitrary SQL queries and drop the database if you want. However, let's escalate this further and look into the H2 Database Engine, one of the most popular Java development databases. Think of it as a Java-based SQLite, but extremely easy to integrate into Spring Boot. It only requires one dependency. As such, it's commonly used in Spring Boot development.

Matheus Bernardes highlighted an important SQL command included in H2: CREATE ALIAS. Similar to PostgreSQL's User-Defined Functions, you can define a Java function corresponding to the alias and subsequently call it in an SQL query like you would a function.

Of course, you can use Java's Runtime.getRuntime().exec function, which allows you to execute OS commands directly.

At this point, you might come up against common WAF filters especially with juicy strings like exec() and so on. However, one advantage of such a nested payload is that you can easily find bypasses using various string concatenation techniques. RIPStech's Johannes Moritz demonstrates this by breaking up the query using the CONCAT and HEXTORAW commands:

Another challenge is that you might be executing code in an extremely limited context. The application might be running in a Dockerized instance without internet access and with limited commands available; Alpine Linux, the most common Linux distribution in Docker, doesn't even have Bash. Additionally, the exec() function executes raw OS commands rather than in a shell, removing helpful tools like boolean comparisons, pipes, and redirections.

Here, it helps to zoom out a little and approach the payload in a holistic manner. Remember that the point of spring.datasource.hikari.connection-test-query is to validate whether the connection to the database is still alive. If the query fails, the application will believe that the database is not reachable and no longer return other database queries. An attacker can leverage this to get a blind RCE where instead of a command like curl x.burpcollaborator.net, they run grep root /etc/passwd. This returns output (since /etc/passwd does include the root string) and thus the query succeeds. The application continues to function normally. If they run grep nonexistent /etc/passwd, the command returns no output, the Java code throws an error, and the query fails, causing the app to fail.

This is an interesting way to tie together the three components of the payload to still prove code execution within a limited context. Many thanks to Ian Bouchard for pointing out the possibilities for a blind RCE.

Hopefully, you don't have to deal with that and can get a simple curl pingback instead, like my example vulnerable Spring Boot application. 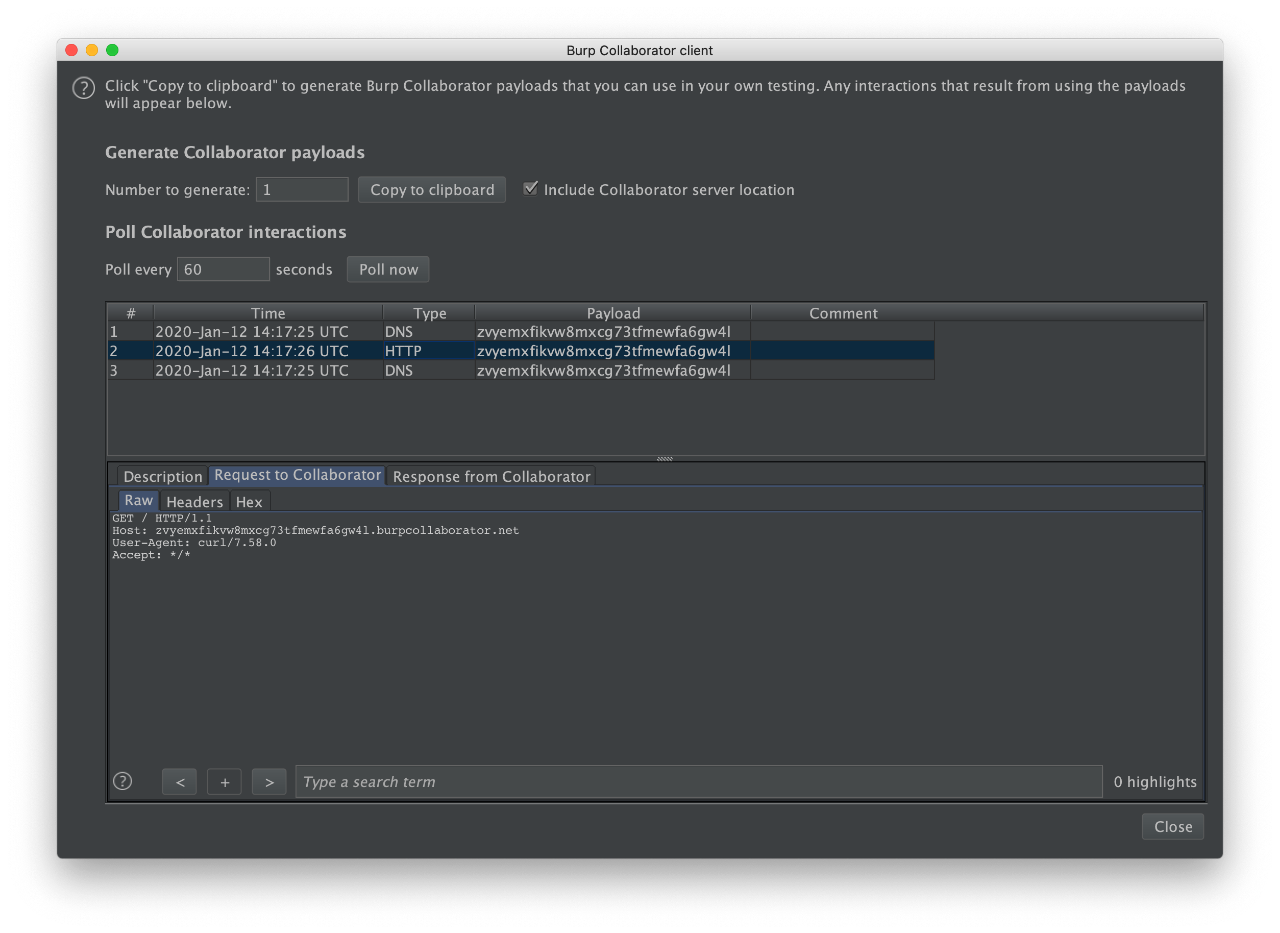 By exposing the /actuator/env and /actuator/restart endpoints – pretty common in a development setting – a developer puts their application at risk of remote code execution. Of course, this wouldn't be a problem if the application is run locally, but it's not a stretch to imagine a careless developer putting it on a public IP during proptyping.

A common theme running through this write-up and the associated write-ups is that developers can easily introduce severe vulnerabilities in their code without knowing it. Actuators and the H2 database are useful tools to speed up development and prototyping, but exposing them creates a remote code execution vulnerability by default.